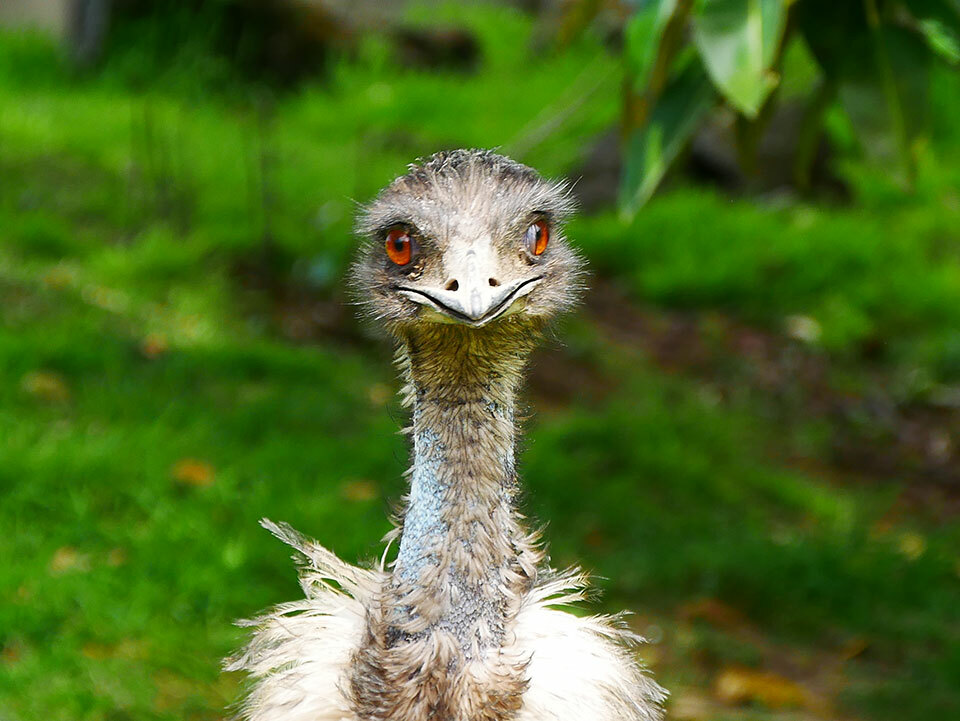 When my friend, June Stevenson, sent me this photograph of an emu she had just taken at Auckland Zoo, my immediate thought was, “It’s so good, so wonderful, it should be in a book or a programme…” and then I thought, “… actually, I need a special image for the Concert programme I‘m compiling for the North Shore Male Choir concert I’m putting on in three weeks’ time … the emu would be perfect!”

“Are you mad?” said my Programme Designer when I sent it to her, along with the list of concert items and performers, “… I mean it’s a great picture and that,” she added, “but what relevance does it have to the choir concert?”

“Many, many years ago now, I was teaching in a South Waikato high school, and was asked by the Putaruru Toastmistresses’ Club to judge their annual speech competition, which I did, and chose a winner, with the rider that while all the entries had been competent, clearly-spoken, and linguistically correct, they were all also totally predictable, conventional and, quite simply, boring. Five minutes after they’d finished, you’d forget what they’d said, and I added, “I hope you’ll take my comments in the spirit in which they are given, with the goal of being helpful for next year’s competitions. I didn’t think I’d hear from them again.

But I was quite wrong. The following year, they rang me and asked if I’d give them a speech/talk/lecture, to show them how it should be done. Gotcha!

“I’m sorry,” I replied, “unfortunately, I’ll be away on your chosen date, but I have a colleague on the staff with me who would be a superb substitute.” Gotcha back!

I briefed my colleague (who prefers to remain anonymous): ‘Any subject, any style, as long as it is unpredictable, unconventional, and quite simply, unforgettable.’ He accepted.

My colleague and I turned up on the due date. No one commented on my unexplained presence. My colleague walked up to the front with his fly-fishing rod, leaned it against the podium and cleared his throat, while I set up a slide projector in the middle of the audience. My colleague was a biologist and proceeded to describe the coming environmental holocaust in terms of species degradation and extinction, while I regularly projected slides onto a large screen, of animals and insects and plants – termite colonies, a nesting albatross, mating giraffes, the sun setting on Mount Kilimanjaro, tangled Flamingo necks, human sperm, frantically swimming, a once-dead-but-now-found-alive takahē, two  leaping and twisting Maui dolphins out of the 67 individuals that remained of the specie… all distinct and different from whatever topic my colleague was describing at any one particular moment up at the podium. It was an onslaught of verbal and visual images: unpredictable, unconventional and, quite simply, unforgettable. For more than five minutes, anyway. For more than forty years, actually. And my colleague did not use the fishing rod or refer to it at any point.

And that’s why I want an emu on the North Shore Male Choir’s concert programme.