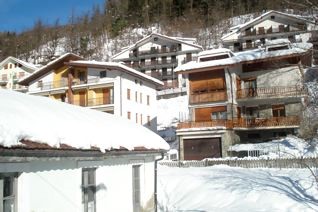 Some years ago, in the early 1990s, I was writing and producing children’s programmes for Kids TV in New Zealand, when the TV Channel decided to place everyone on involuntary leave for three weeks over the Christmas period.

What was a man to do?

And I thought, “Pavarotti!” In all my years in opera, I had never seen Pavarotti perform live. He could die. I could die. Both unfulfilled. So, I researched his whereabouts and discovered he was singing in the opera, “Tosca”, in Rome. Perfect, I thought. So, I rang Opera di Roma, and confirmed the season would last for a few weeks. Perfect. But that it was sold out for the season. Not perfect.

What was a man to do?

And I thought, “There are bound to be cancellations in those weeks. After all, it’s just one seat, and it’s winter in Italy.”

So, I flew to London. visited my family in Wales for two days, then caught a bus from London to Rome. Yes, a bus. The bus travelled to Dover, crossed the channel, by ferry of course, skirted Paris, sped through the Loire, the Dordogne, and Provence, then down into Italy south of the astonishing Dolomites, snow everywhere, to Rome.

It took two days, sleeping on the bus, with occasional stops for food and toilets, with about twenty other lunatics, plus two drivers, who alternated the driving, and arrived at the Piazza della Repubblica, on a sunny Tuesday afternoon.

Two young women on the bus approached me when we got off and asked if they walk with me to their hotel, as they’d heard stories about Italian men and pinched bottoms.

I agreed, hoping to possibly stay in the same hotel as I had nothing booked. The hotel was full. So, I walked the Piazza till I found a family pension that had a room available for five nights. I moved in, showered for the first time in days, and changed clothes.

The hotel was run by a husband and wife combat unit, who fought furiously every time I saw or spoke to them. I escaped and set out for Teatro dell’Opera di Roma.

The Piazza was fringed by beautiful dark green trees. They were bell-shaped, densely leafed, and filled with small birds, hundreds to each tree. You couldn’t see them. You heard them, because there was a deafening cacophony of chirping, each time I passed beneath one, over a pavement white with excrement.

And finally, I arrived at Teatro dell’Opera di Roma. Posters of my hero’s beaming face and his handkerchief were everywhere. I was shaking with excitement. I went up to the ticket office. Full. No returns. No cancellations. Sorry, try tomorrow. And it was the same story every day for the five days I was in Rome.

So, I went to the Vatican instead, on the fifth day. And I was standing in the Sistine Chapel, staring up at the ceiling, in awe, when the door immediately to my right opened, and two fully uniformed Swiss Guards walked in, followed by the Pope. Right next to me. His Excellency, Pope John Paul II, then two more Swiss Guards. Without thinking, I stuck out my hand and said, “Gidday!” being half Kiwi. The Pope looked at my hand, then took it and shook it. He then nodded to me and walked on.

So, I didn’t see or hear The Pav, but I did see and shake hands with Il Papa. He didn’t sing unfortunately.

One evening I am sitting in a trattoria in Florence and feeling nostalgic for French cheeses.

“I love French cheeses,” I muse to Avio. “I remember a restaurant in a village in the Loire where Jane and I asked for cheese at the end of the meal. They brought a trolley with sixty different cheeses on it. I counted them.”

“The French say they have three hundred and fifty different cheeses,” says Avio. “Italy has more than seven hundred. We are still counting.”