Lunch with the Queen on the Royal Yacht Britannia 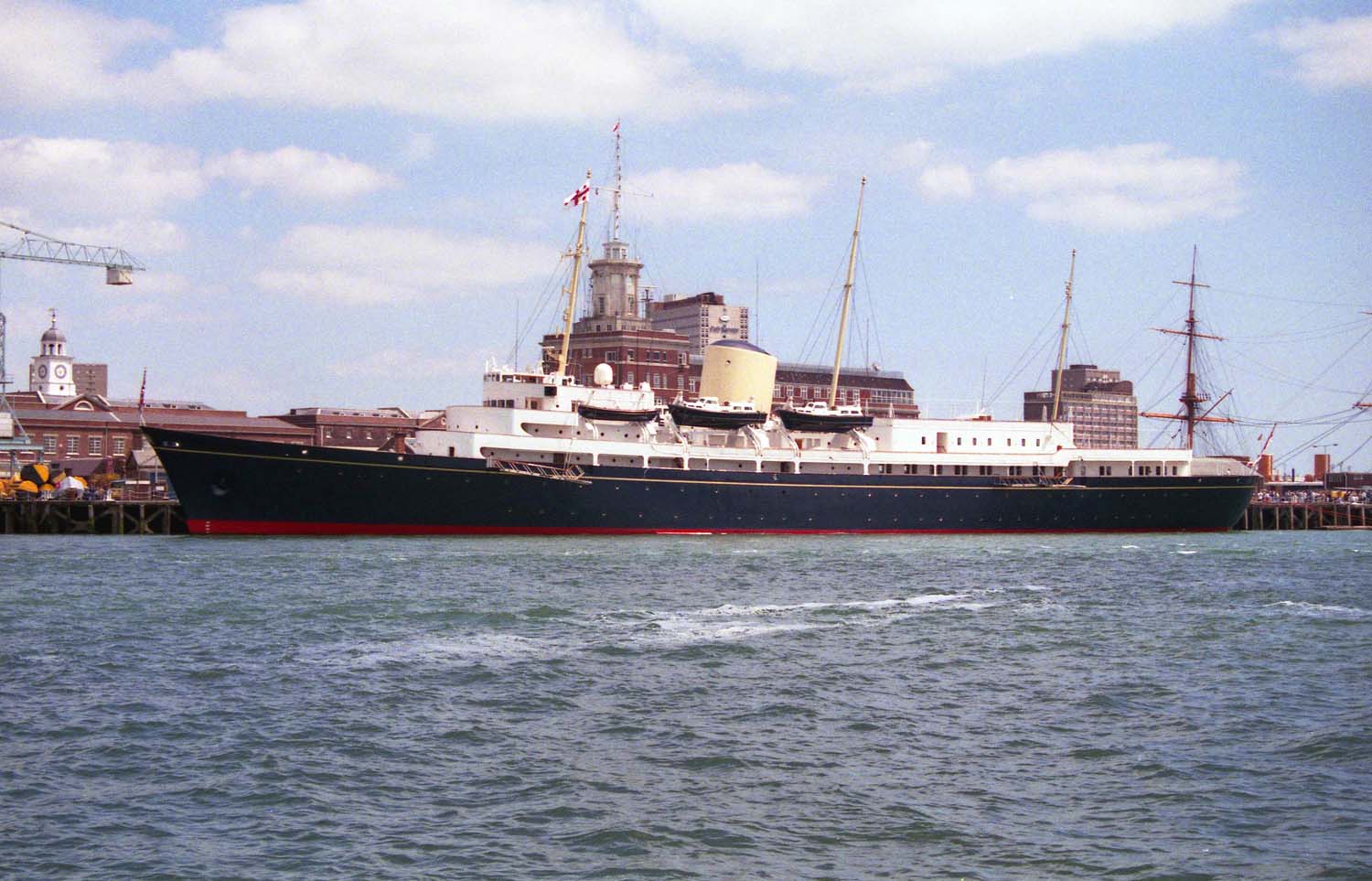 As it was Queen Elizabeth II’s birthday last Friday, her 96th, I thought it only right I should tell you about my lunch with her on the Royal Yacht Britannia.

In February 1986, I received a large envelope in the mail. It was an invitation to lunch with the Queen, on board the Royal Yacht Britannia, berthed, appropriately, at the Queen’s Wharf, Auckland. I thought it was a joke – some so-called friend of mine was trying to have me on for my left-wing views. But if it was, I thought, then he or she had gone to extraordinary effort and cost because the invitation consisted of a letter detailing time and place, advising me to wear a morning suit, and accompanied by three cards, all ornately embossed, under the Royal letterhead, in full colour, detailing the lunch menu, the wine that would accompany each course, and the music that would entertain us during the meal. I was forced to conclude it had to be genuine. So I went.

When I arrived, albeit a little early, the wharf was empty. Halfway down the wharf, there were steps leading up to a gangplank attached to the yacht. At the top of the stairs a naval officer, in white, with epaulettes, was sitting at a small table. I climbed the steps. The officer asked my name. I gave it and he ran a pen down a list, a single sheet of paper, found it, and ticked it off. I stared. The list had about 15 or 16 names on it.

“Is that it?” I asked him. “Are those the only people attending the lunch?”

“My God! I thought it was going to be a Garden Party affair, with hundreds of guests, drinks and canapés in hand, milling around… but it’s not, is it?”

“No sir, it is not,” and he gestured with his hand towards the gangplank.

I crossed the gangplank and, believe it or not, I was piped aboard – by unseen, or perhaps hidden pipers, then escorted by a rating to the stern of the Britannia.

It was furnished like a drawing-room. And empty. I was the first there. So, I waited, drink in hand, as the other fifteen gradually arrived. Finally, the Queen entered and was introduced to each guest. Because I was the first there, I was the furthest in and therefore the last to be introduced. And so Her Majesty, Queen Elizabeth II of Great Britain and Commonwealth, ended up with me, a Welsh boy from the valleys. And she was lovely. No airs and graces. But she’d been well briefed and knew a lot about my recent history. Impressive. She reminded me of my grandmother – polite, warm and friendly.

“It’s a beautiful day here,” she said to me, “but I’ve just flown in from London where it was freezing cold and snowing,” she chuckled, “and just before we left, the new Russian Ambassador came to present his credentials to me, and I said to him, ‘Oh, this weather! Is this the start of the Second Cold War?’ and I laughed. But he didn’t laugh. He remained serious, stern-faced. Different sense of humour, obviously.”

We all sat around a large table in the dining room. The Queen sat between Sir Tom Skinner, the President of the Federation of Labour, and Patrick Hogan, renowned horse breeder and trainer. Her Majesty faced Sir Tom on her right, and so everyone else turned to the person on his or her right and conversed. Halfway through the meal, before the main course, the Queen opened her handbag, which had been over her left arm throughout, took out her lipstick, twisted it, and wiped it over her lips, no mirror, then turned to face Patrick Hogan on her left and started talking horses. So, we all turned to face left and chatted away merrily. For two hours, all up.

So, to cut a long story short, when we finished the delicious meal, lovely wine, with delightful, mainly German music, rose to leave, and bade our farewells, I walked onto the deck outside and stood looking down at the wharf. When I had arrived, there had been no one there, except for my friend, the naval officer. Now, there were four to five thousand people jammed onto the wharf, all staring up at the Britannia. I turned towards Ollie, one of the sixteen, a TV presenter, and said, “They don’t have a clue as to who I am and possibly who you are, but watch this!” I leant over the rail and waved, and a sea of waves and calls swelled up at us.

“I’m going to have a piece of that!” said Ollie, and he leant and waved. The waves surged again.

And we were piped off.

As we walked through the crowd on the wharf, which parted before us like the sea in the Old Testament, I recognised no one, and they all, I’m sure, could have said exactly the same about me.

Tags: Lunch with the Queen  Encounters