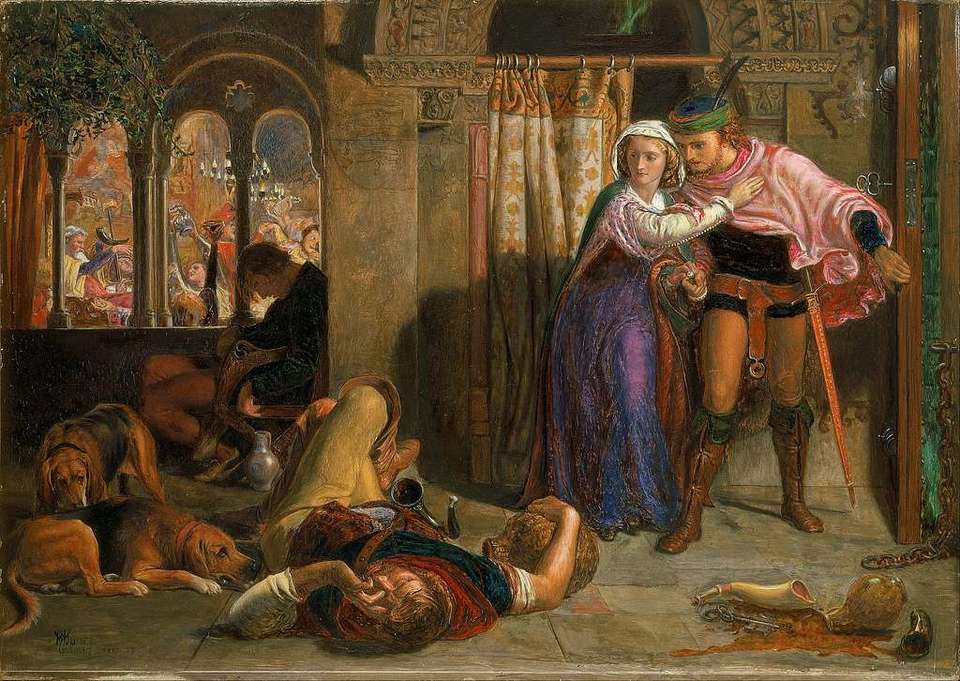 I used to be an English teacher and always introduced my students to The Eve of St Agnes poem. A few years ago, I got a phone call from a woman in Tokoroa, New Zealand. She said I’d taught her 40 years earlier as a child but now she was a mother with her own children. Then she asked me if I realised what day it was tomorrow? January 20, she said, St Agnes’ Eve, and she and her daughter were going to follow the rites of St Agnes’ Eve, as she had done every year since she was at school and I'd told her the story. And it worked, she said.

In January 1819 Keats wrote his poem, The Eve of St Agnes set in Medieval England. It tells of two young lovers, Madeline and Porphyro, whose parents oppose their marriage. They decide to elope, and one cold wintry night, Porphyro crosses the moors to Madeline’s home. He gains entry with the help of an old servant, named Angela, who tells him that Madeline is still in the Banqueting Hall. She hides him in the closet in Madeline’s bedroom to wait for her. It is St Agnes’ Eve and legend has it, she says, that young girls will dream of their future husbands if they follow the ancient rites of St Agnes’ Eve. She begs him not to disturb her in her rituals.

Madeline leaves the revellers in the Hall and retires, supperless, to her bedroom, looking neither right nor left nor behind, enters her room, undresses, and gets into bed.

When he hears her breathing settle into sleep, Porphyro

“… then from the closet crept,
Noiseless as fear in a wide wilderness,
And over the hush’d carpet, silent, stept,
And ‘tween the curtains peep’d, where lo! – how fast she slept!”

He sets a table with spiced delicacies, then gently wakes her. She opens her eyes and is startled and confused between the man in her dream, and the man standing before her. They eat, prepare for their journey, and while the household sleeps, flee into the night.

Avio and I walked into a showroom of pianos. It was filled with grand pianos, baby-grand pianos, but mostly upright pianos, if truth be told. Behind the Reception counter was a young woman. And behind the young woman was a large, white wall, with writing on it - names, people’s names, written by hand, in black felt pen.

So she handed me a pen and I wrote my name up and across, on a diagonal, the way famous people do. Then Avio wrote his.