Avio and the two phones 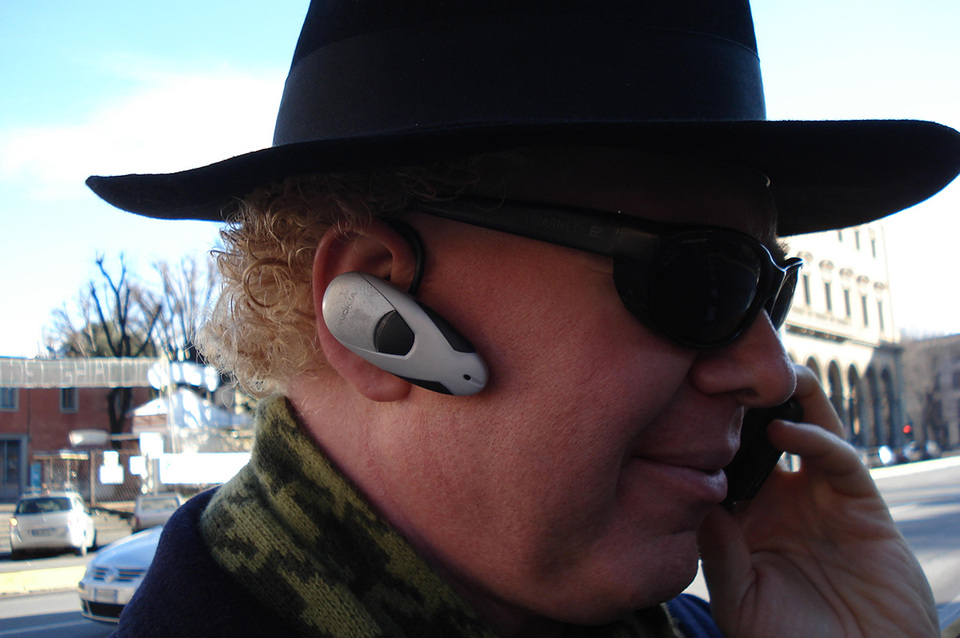 Avio always wears two mobile phones when he is out and about. One is kept in the depths of the left pocket of his overcoat, the other in the right, and each is connected to an earpiece in the corresponding ear. It’s Avio’s outside dress code. In case. Each phone has a different set of clients, friends, enemies, who must never meet the other set, he’d explained to me. Esclusivo. Esclusivo times two. And he is safe. In control.

Then it happened. I’d been waiting months. But it finally happened.

We were having lunch in a trattoria. “Look at this food we are eating,” says Avio, “stracchino, prosciutto and coccoli - ham, cheese and bread. Simple, but done by Italians, it becomes a dream – a dream of creamed goat cheese that melts, deep-fried coccoli balls that are crisp on the outside and soft like a woman’s belly in the centre, and prosciutto that is so thin, it could fly. Bellissimo... Aah! Aah!” he cried.

The two phones were ringing in his pockets at the same time. Avio had selected the same ring tone for each phone so it was a duet of calls - one fractionally later than the other, like a stutter.

Which one to answer first?

His hands hesitated, then both darted to their phone, hesitated again, pulled away, and darted back again. He answered both, switching quickly, juggling in turns.

He looked at me, rolled his eyes, and shook his head.

And I realised what his problem was - how does an Italian speak on a phone, on two phones, when he can’t use his hands? He is struck dumb.

“Basta! Basta!” he yelled into one phone, and gushed “Ci vediamo dopo!” into the other. He listened to each in turn briefly again then clearly made a decision, brought the two phones together in front of his mouth and yelled, “Grazie! Ciao! Ciao!” and switched off both phones.

He turned to face me, “One of them was a wrong number,” he said, matter of fact, and went back to his stracchino, prosciutto and coccoli.
Tags: Walking with Avio  Humour